It’s 50 years since the Doctor first set foot on Peladon in Doctor Who, and the planet awaits adventure once more …

Journey to Peladon, member world of the Galactic Federation and home to intrigue and adventure. With each passing generation, the toll of industrial exploitation and deadly political games is taking its toll on the planet. Can the Doctor and his allies guide the course of history towards a hopeful future? Or is Peladon’s fate in the lap of the gods?

Set in different moments across Peladon’s timeline, four brand-new full-cast audio adventures from Big Finish Productions will let listeners explore the past, present and future of this mineral-rich planet from different points of view.

In the box set opener, David Troughton (the son of Second Doctor Patrick Troughton) returns to the role of King Peladon, 50 years after he first appeared in the 1972 Third Doctor adventure “The Curse of Peladon.” Big Finish says arious time travelers also turn up across these tales – and some of them have very familiar faces…

The four epic episodes are as follows:

“The Ordeal of Peladon” by Jonathan Barnes and Robert Valentine — When King Peladon hears of a holy man with seemingly magical powers and the gift of foresight, he resolves to discover the truth of it for himself. But his quest to understand the shifting loyalties of his people is one from which he cannot return unchanged.

“The Poison of Peladon” by Lizzie Hopley — River Song has infiltrated the court of Queen Thalira in the guise of a high priestess. With rumors swirling that Peladon is on the brink of a republican uprising, River joins forces with her new best friend, Alpha Centauri, to get to the bottom of the mystery.

“The Death of Peladon” by Mark Wright — The Sixth Doctor and Mel arrive on Peladon to discover a world on the brink of environmental disaster. Civil war looms and a dark plot brews in the shadows of the court. Unless they can help avert catastrophe, there seems to be little hope left for one of the Doctor’s favorite planets.

“The Truth of Peladon” by Tim Foley — Arla, last of Peladon’s great seamstresses, is commissioned to make a great cloak for the latest coronation. She’ll need a new assistant to complete her work in time, and one appears: the Eighth Doctor! Determined to show Arla the truth of Peladon, the delicate threads he’s drawing together will change Peladon forever.

Producer David Richardson said: “Fifty years of Peladon … that’s something to celebrate. I loved the Peladon stories on TV: they were such a complete storytelling world created by Brian Hayles, full of a whole galaxy of alien races. It was, if you will, an alien Game of Thrones many decades ahead of its time. And so we return there in January 2022, to meet King Peladon again… and then journey through the generations to discover what happened to the planet, the alien races and the Galactic Federation. It’s a huge tapestry – and one that will feature many familiar friends, foes and heroes.”

“It’s a long time since I played King Peladon, but the nice thing about this script is that there are a lot of elements of who he was then in the older man – they carried on certain characteristics, his naivety and basic wanting to be loved by everyone,” David Troughton said. “It was a pleasure to do.”

Baker added: “The Doctor occasionally visits somewhere he’s been before, which always helps to drive the story forward. I do remember watching The Curse of Peladon, so it was nice to tie into that and to personify Mr Pertwee.”

Kingston, who returns as River Song in The Poison of Peladon, said: “It’s an unusual episode because it’s not immediately about killing aliens and it explores some of the elements from our world that can go very wrong. It’s lovely to be involved in a story where River gets to meet Alpha Centauri too.”

McGann stars in the final story in this box set. He added: “I love this script. We see a more serious side to the Doctor with Arla and get the heart of him. I’ve always wanted to work with Meera Syal and it was a privilege.”

Doctor Who – Peladon is now available to pre-order as a collector’s edition box set (on CD at £24.99) or a digital download (at £19.99), exclusively from the Big Finish website.

David Troughton is an actor best known for his many roles on British television, including Dr Bob Buzzard in A Very Peculiar Practice, Ricky Hansen in New Tricks and King Peladon in Doctor Who, the latter of which he has played on audio for Big Finish since 2009. He is also the son of Patrick Troughton, who played the Second Doctor in the television series Doctor Who.

Actor Barnaby Kay makes his directing debut at Big Finish with this box set. He is a versatile stage, screen and radio actor who will be familiar to Doctor Who viewers as Heidl in “The Girl Who Died.” 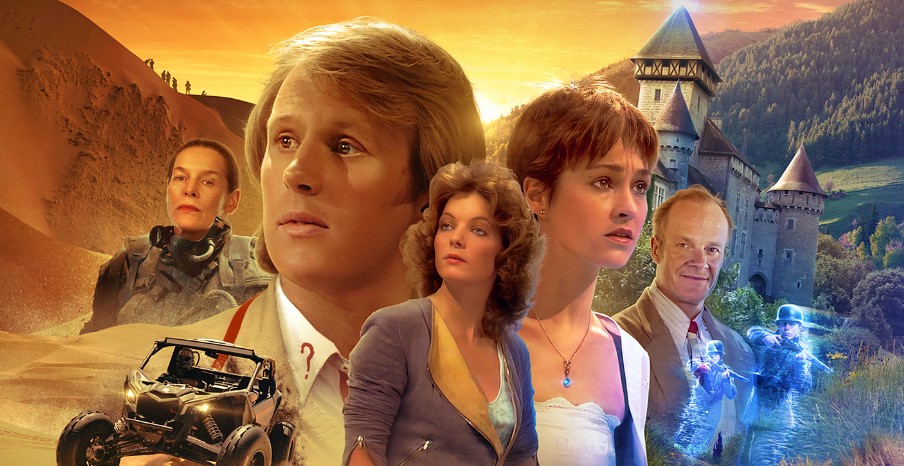 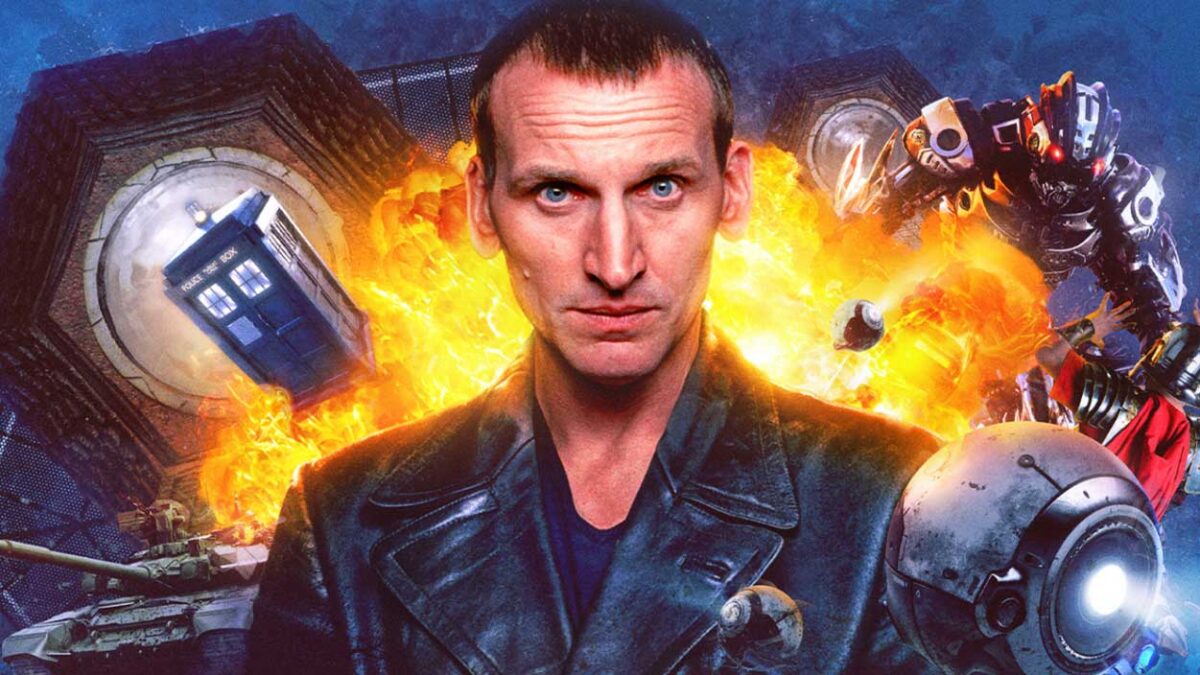 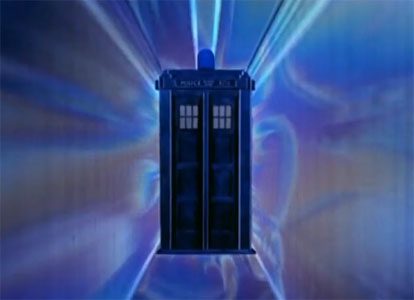 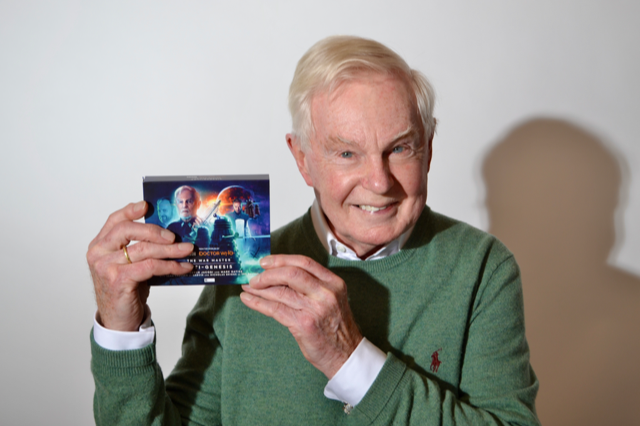 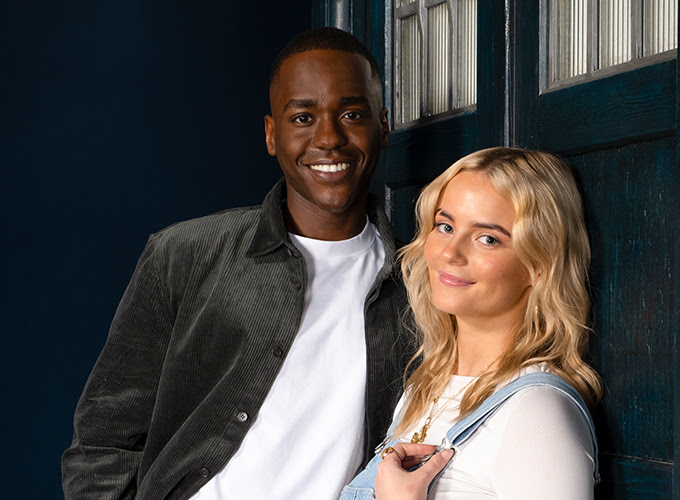