It’s been a while since we’ve had any concrete Star Wars Episode VII updates — and it may be a while still. I’m hearing rumblings that we may get a director announcement next month. If the Mayan apocalypse doesn’t get to us first.

Of course you know that Friday — Dec. 21, 2012 — is the end of an age for the ancient Mayans, but many also have interpreted it as the end of the world. Either way, a Reuters article this week seeks to link this doomsday phenomenon that just won’t die with the Guatemalan temples used as a filming location for Star Wars Episode IV: A New Hope.

I skimmed it and shared the link on Twitter yesterday, but I didn’t read the whole article until today, after other sites mentioned another dubious link therein: that Episode VII would return to Tikal where the temples would be repurposed as Master Luke Skywalker’s Jedi Academy. The article, however, has been revised to remove that reference, which was likely misinterpreted from long-ago “Expanded Universe” novels that used such a storyline.

I really, really hope Disney can do better than the Jedi Academy trilogy. Please. If not … well, that’s not the new age I want to live in. 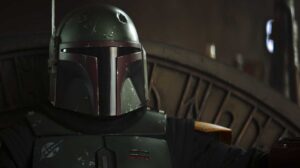