Eager Muggles got their next glimpse at Newt Scamander in 1920s-era New York over the weekend when the teaser trailer for Fantastic Beasts and Where to Find them debuted at the MTV Movie Awards.

The biggest tidbit dropped in the trailer: Scamander was expelled from Hogwarts, but defended by one Albus Percival Wulfric Brian Dumbledore.

“You’re an interesting man, Mr. Scamander,” says a voiceover, which sounds like Colin Farrell’s Auror Percival Graves. “Kicked out of Hogwarts for endangering human life with a beast.”

“Yet one of your teachers argued strongly against your expulsion. I wonder — what makes Albus Dumbledore so fond of you, Mr. Scamander?”

What, indeed. We’ll just have to wait to find out, since J.K. Rowling isn’t saying.

Dumbledore was a young teacher at the time Newt was expelled. He wasn't able to revoke expulsions. https://t.co/UskHwSQvtJ

(Dumbledore was born in 1881. Since the Fantastic Beasts textbook says Scamander was born in 1897, the future headmaster would have been in his late 20s/early 30s during Newt’s schooldays.)

But back to the trailer. There’s a lot packed into that 2 minutes and 19 seconds – like more features of Newt’s amazing suitcase, glimpses of a purse-stealing Niffler and a new beast called a Swopping Evil, and what appears to be a chase scene through a New York subway. Pottermore breaks down 16 new clues gleaned from the trailer, while The Leaky Cauldron dissects it frame by frame. 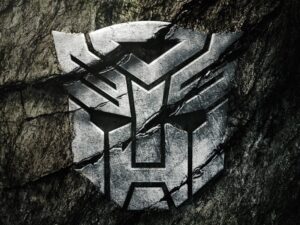 Watch the trailer for Glass Onion: A Knives Out Mystery

Amanda Keim-Morrison brings updates about J.K. Rowling’s wizarding world to Nerdvana. She's a former East Valley Tribune reporter and State Press editor; she now lives in Minnesota, where she's been a writer, web producer and editor and currently works on the tech side of several news sites. Amanda is a Ravenclaw at Hogwarts, a Horned Serpent at Ilvermorny and has a white stallion for a Patronus.