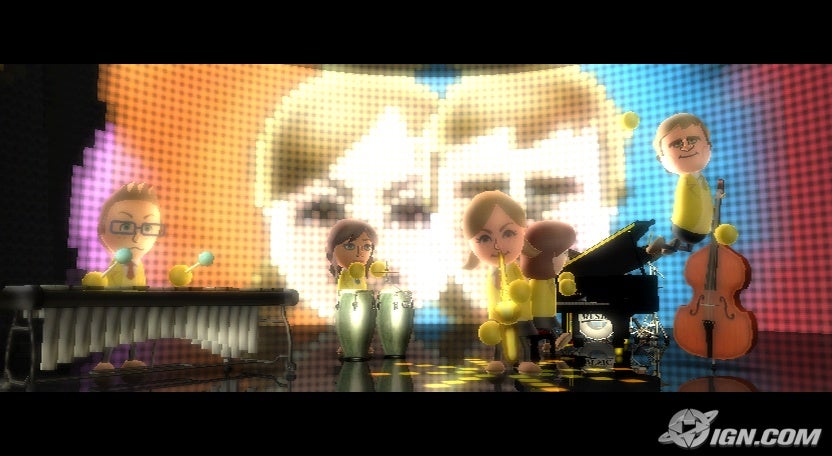 One of the biggest video game publicity events is happening this week at the E3 Media & Business Summit in Los Angeles. That means lots of gaming news, updates and a sick amount of eye candy.

Yesterday, Scott Kirchhofer gave you the rundown on Microsoft’s Xbox 360 announcements, and he’ll be back later today with a roundup of Sony’s news. I’m here to summarize Nintendo’s morning press conference. It’s already been a big year for Nintendo, and many folks were wondering if they’d have anything left to announce. But despite the much-anticipated early arrivals of Mario Kart Wii and Wii Fit, they’re not out of the game yet.

>>Wii Music will let players rock out with 50 instruments and record and edit their own music videos. It will incorporate the Wii Balance Board accessory (already sold with Wii Fit) for use in percussion, for example. Miyamoto-san played the sax with just a Wii Remote. Sweet!

>>Star Wars: The Clone Wars, based on the upcoming CGI movie and TV series, will have the head-to-head lightsaber duels you’ve been craving, with shaking “lightsaber handle” remotes and powers like Force lightning. Shocking!

Click for a look at the Star Wars: The Clone Wars game!

>>What’s missing? A storage solution for downloaded content! Also, new Mario and Zelda titles were confirmed in the works for the Wii — but you’ll probably have to wait awhile.

>>Between an American version of a popular Japanese DS cooking utility and plans to let the DS help you navigate airports, Nintendo is working on making their handheld indispensable to everyday life!

>>What’s missing? There were rumors that a new, low-cost (under $100) DS unit lacking a Game Boy Advance cartridge port would be announced. Nothing yet …

For more news and LOTS of videos, check out the official E3 Website.

Game On Expo won’t return until at least 2022

They Came for the Moon: 50 Years of Apollo 11 From Those That Built It