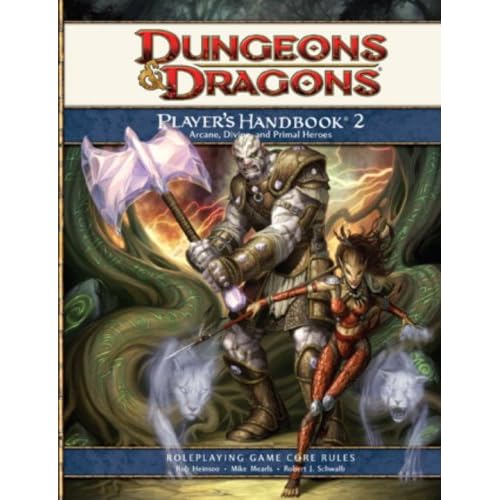 Today the game company Wizards of the Coast filed three lawsuits targeting eight people accused of distributing pirated copies of its new Dungeons & Dragons book Player’s Handbook 2, while simultaneously ending its arrangements with online retailers to sell PDF copies of its past and present products. The move has set message boards ablaze with anti-WoTC sentiment that already was stoked by the new edition of the game and the transformation of the popular Dragon and Dungeon magazines from print to an online platform.

WoTC released a statement that includes a quote from company President Greg Leeds:

“Violations of our copyrights and piracy of our products hurt not only Wizards of the Coast’s financial health but also the health of whole gaming community including retailers and players. We have brought these suits to stop the illegal activities of these defendants, and to deter future unauthorized and unlawful file-sharing.”

The statement makes no mention of ending PDF sales, but another representative of WoTC chimed in on the discussion at fan site EN World to address that:

“Unfortunately, due to recent findings of illegal copying and online distribution (piracy) of our products, Wizards of the Coast has decided to cease the sales of online PDFs. We are exploring other options for digitial distribution of our content and as soon as we have any more information I’ll get it to you.”

While WoTC, a subsidiary of Hasbro, owns the D&D brand and has the right to do whatever it wants with it — including potentially sell the PDFs directly themselves — this could turn out to be a public-relations nightmare for the company, especially considering the abrupt manner with which the content was pulled from online retailers that had promised their customers a set number of downloads in case files became lost or corrupted.

Then there’s the little matter of the fact that this heavy-handed approach has been tried before by executives in other media and failed to produce the desired effect. The genie is out of the bottle, and the only people who will be punished, at least in the short term, are those seeking legal copies of D&D products — many of them long out of print save for the PDF medium.

If Wizards really has conjured up a plan to distribute the content themselves, possibly even with some form of DRM, more power to them — it’s their property and their right, despite the fact that the company doesn’t have the best track record in the digital arena. If not, this was a knee-jerk reaction and a stingy strategy of scorched earth that will benefit no one, least of all the company itself.