Tommy Tallarico, creator of the Video Games Live pops concert experience, has been named president of the company.

“I grew up playing Intellivision with my parents and younger brother,” he said in a statement.

Tallarico will be joined by a team that includes developers and designers who worked on the original Intellivision, released by Mattel in 1979.

The original Intellivision was a 16-bit console in the days before the Super Nintendo Entertainment System and Sega Genesis, and gave the Atari 2600 a run for its money while offering many innovations such as downloadable games, voices and a directional thumb pad (ancestor of the might D-pad that gamers know today).

While I had an Atari (also making a comeback), I remember my older brothers wanted an Intellivision so badly that they went to a store and measured its box to compare it to what was wrapped up under the Christmas tree. (I also remember only eventually, begrudgingly being allowed to play it, only then discovering the wonders of more mature games like Advanced Dungeons &Dragons, snake-puzzler Snafu, RTS/city-builder Utopia and other games — but also being annoyed at the pioneering sports games.) 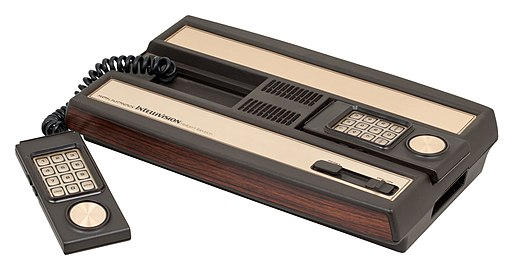 Tallarico said of the first Intellivision: “It was always my favorite system because the games were cutting edge, yet fun and simple to play so our entire family could enjoy them together. I find those important elements to generally be lacking from our industry with the current modern gaming consoles.

“Our goal is to change that by focusing on bringing all age groups and levels of gamers and non-gamers together while introducing new generations of people to the legacy success of the Intellivision brand.”

Whatever that all means, we won’t know for sure for some time: The new system doesn’t have even a name yet, and Intellivision Entertainment says details will be released Oct. 1, but a Facebook Live Q&A is planned for noon Pacific time this Thursday, May 31.

Did you go to Video Games Live?