This week, DC Comics announced that Superman and Wonder Woman will officially become a couple in an upcoming issue of Justice League. Apparently, the universe-wide reboot of the “New 52” erased the feelings Clark Kent had for Lois Lane, giving the Man of Steel feet of clay for a certain Amazon Princess.

Well, this fanboy doesn’t like it. For over the last 70 years, writers have been able to keep the Lois and Clark dynamic a cornerstone to the characters’ development. Their relationship was strong enough to inspire a campy prime-time television show, the very show that launched the careers of Teri Hatcher and Dean Cain! With that kind of influence over pop culture, why mess with a good thing?

Fortunately for you, dear reader, this isn’t an aimless rant. I have three powerful points that prove why Superman and Wonder should stay Super Friends and nothing more. To wit:

1. Superman and Wonder Woman just aren’t compatible. Clark grew up on a farm in Kansas; Diana grew up on an island of Amazon Warriors. Now, before you spout off an opposites attract theory, I’m not saying they’re opposites at all. Despite these distinct origins, both heroes were raised to use their gifts responsibly, for the betterment of mankind. So, with these different backgrounds dividing them, yet their unspoken commitment to heroism binding them, what exactly would they talk about? At the end of the day, Superman and Wonder Woman share the interest of helping people, but Clark and Diana wouldn’t hang out in the same circles. It’s an identity crisis waiting to happen.

2. Superman’s and Wonder Woman’s love lives are most interesting when they’re attracted to normal human beings. Let’s face it: Kryptonite isn’t Superman’s greatest weakness. Lois Lane is. Her vulnerability, coupled with her propensity for getting into trouble, keeps Supes on his toes and makes his adventures that much more harrowing and entertaining to read. Now, when Parasite kidnaps Superman’s girlfriend, she’ll kick his butt and escape before Clark even finds a phone booth. Where’s the fun in that?

3. Their relationship is a conflict of interest for the Justice League. I’ve always looked at the Justice League as a Board of Directors for the global safety. It’s a volunteer position that sets and models a higher standard for the organization it oversees — in this case, Earth. If Superman and Wonder Woman are dating, how can the rest of the League trust their impartiality on matters of new membership or multiple-earth crisis? What standard does it set for mankind, when Superman and Wonder Woman model a behavior that condones putting your significant other in danger, over and over again? Even if they have developed feelings for each other, their respective senses of responsibility would overpower the urge to take things any further than infatuation.

Despite these arguments, I’m not opposed to the mere exploration of Superman and Wonder Woman’s romance. DC touts their flirtation in Justice League during the “New 52,” but their potential has been a persistent part of their interaction. I remember an incident some years ago when Wonder Woman offered herself to Superman while they were trapped in a vacuum of time; what an interesting dilemma for the Man of Steel! Yet, he held out for Lois, and his determination was worth it. See, just as I insist that Lois Lane is Superman’s greatest weakness, his love for her is also one of his greatest strengths, right up there with flight and ice breath. The years Clark waited for Lois to fall for him, not just Superman, and his eagerness to be with her despite the heartbreak that comes with her perpetual vulnerability makes him a hero anyone can understand.

Hey, DC Comics: You say comics aren’t for kids anymore, but Superman and Wonder Woman together “at last” is the wish fulfillment of any dweeb longing to be the high school quarterback hooking up with the head  cheerleader. It’s prom, and it’s fleeting. Clark Kent and Lois Lane together “at last” is a timeless romance that speaks to the rewarding risks of falling in love. That’s life, and that’s worth it.

Seventy years strong proves which one we’d rather read about. Which one would you rather write about? 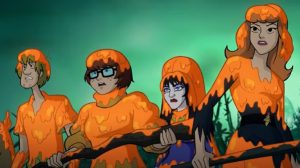