Despite being underwhelmed by last week’s Justice League #1, the first book in the new DC Universe (DCnU), I gave DC the benefit of the doubt and picked up eight of the 13 new releases this week. (I would have gotten nine, but unfortunately my local shop didn’t receive their order of Men of War #1.) My leap of faith was rewarded with some very solid titles. If the rest of their offerings in September are as strong as this week, they just may succeed with their b0ld company-wide relaunch. Of the eight books I tried, I’m definitely going to pick up the next issue of five of them, I’ll probably pick up the next issue of two more, leaving only one I’m on the fence about. That’s a pretty good record overall. Even if I don’t get hooked on any of the other 29 books coming out this month, I’ve already doubled the number of DC titles I’ll be buying. So to that extent, the new initiative is a success.

However, I’m not really their target audience. The biggest overall problem is that some of the books aren’t particularly accessible to new readers. One of the major reasons behind this “New 52” effort was to reach out and draw in casual fans who have never read comics before or have lapsed from the hobby. While some worked well, I think many of the books need to do a better job of welcoming the reader to the world, instead of just throwing them in the deep end and hoping they can figure out how to swim. As a long-time fan, it’s difficult for me to gauge how new readers are going to react to some of these titles, but I think many people are going to feel a bit lost and confused. Existing fans are used to giving a new book a few issues to really get the “feel” and direction of it, but DC doesn’t have that luxury with new readers. These readers are going to want a quick explanation of what the book is about and who the characters involved are. DC is only going to get one shot at impressing some of these new customers. If writers/artists don’t set the hook with the first issue, new potential fans aren’t going to come back.

Here are some quick reviews of the titles I checked out this week.

Justice League International #1:  This was the first DCnU book that really seemed to do the job. Unlike last week’s Justice League #1, this one hits the ground running. In a single issue, we get introduced to the entire team, their reason for coming together and see them in action. If you’re looking for a super-hero book to get in on the ground floor of, this would be my suggestion. While average new readers won’t have heard of the majority of the team members, Batman is there to give them an instantly familiar face or cowl, in this case. (There’s also a Green Lantern, but instead of the better known Hal Jordan or John Stewart, it’s Guy Gardner, who’s probably the third- or even fourth-string Lantern to most people) This one is a great example of what DC should be doing with all of these relaunched books.

Batgirl #1: Writer Gail Simone and artist Ardian Syaf knocked this one out of the park. There was some initial controversy among fans about removing Barbara Gordon’s paralysis and returning her to the role of Batgirl, but Simone handled the situation very well. Batgirl’s return to action after her time in a wheelchair provides a very good entry point for both new and existing readers. If you know about her previous history, the story makes sense, but it doesn’t require any previous knowledge to work either. The story is paired with some great art by Syaf making this one of the best-rounded offerings so far.

Animal Man #1: I really liked this one. If traditional super-heroes aren’t your thing, this one might be for you. Writer Jeff Lemire continues the tradition of taking Animal Man in a very different direction. Though there is a bit of heroics in it, the story mostly focuses on AM’s relationship with his family and the unique challenges that result with having a super-hero for a husband/father. Travel Forman’s art is outside of the norm as well. It’s much less refined and more scratchy, but it’s quite effective. This one gives off strong vibes of Vertigo, DC’s mature-oriented publishing arm, which is a very good thing. This could be a real sleeper hit.

Static Shock #1: I’ve got to admit to being a little disappointed in this here. But I think that’s only because my expectations were set so high. Static has been a favorite of mine since his introduction, so I always have high hopes for him. Looking at it objectively, it’s a solid book. I’m not sure about the art from co-writer Scott McDaniel, but he and fellow writer John Rozum turn in a great script. It reminds me a lot of Spider-Man, where his “real life” problems are as important as the latest super-powered menace he’s fighting. Plus, it’s great to see a character actually enjoy and embrace being a hero. All too often, books focus on “realism” or the downside of being a hero, but Virgil loves being Static and that’s refreshing.

Stormwatch #1: I was really anticipating reading Stormwatch. Previous incarnations have been some of the most influential super-hero books in recent memory. It’s far too early to say if writer Paul Cornell and artist Miguel Sepulveda will be able to live up to those expectations, but I enjoyed the first issue. Stormwatch features a team that’s almost the opposite of the U.N. sponsored and recognized Justice League International. Stormwatch protects the world from the shadows and avoids the spotlight, which is intriguing. As much as I liked it, there were a couple of problems with it. First off, again, it’s not very friendly to new readers. There’s a TON going on in this one issue. There are four different plot threads, each with its own group of characters involved. I could easily see readers getting lost if they don’t already know who these people are and how they relate to each other. The other problem is the ridiculous amount of expositional speech going on in this. Having characters talk about how their powers work and what they’re doing is unavoidable at times, but Cornell goes overboard with it.

Action Comics #1: This is a big one. Like Justice League, Action Comics is going to be a pillar of the DCnU. To ensure that’s the case, DC assigned some of their top talent to work on it with Grant Morrison writing and Rags Morales on art. Honestly, this is the first and biggest step away from the old DC Universe so far. This book is centered on Superman’s early years as a hero. He’s still learning the extent of his abilities and has a much different outlook on things than the Big Blue Boy Scout of old. It’s clear that instead of being a hero, he’s much more of a vigilante. He doesn’t shy away from taking the law into his own hands to ensure that justice is done, even if that means going up against the police force of Metropolis. I’m still not 100% sold on it, but Morrison rarely disappoints, so I’m going to keep reading to see where this one goes.

Swamp Thing #1: I wasn’t expecting this one to be so dark. It’s almost a horror comic (which is a good thing!), though I probably SHOULD have expected that, given writer Scott Snyder’s work on American Vampire and recent turn on Batman, both of which are pretty dark books. This one seems to rely pretty heavily on knowing at least the gist of Swamp Thing’s origin since it’s only obliquely referenced here. While it’s off to an interesting start, I don’t think I would recommend it for those unfamiliar with the comics.  That’s a shame since it would be nice to be able to show newcomers that there’s much more to the medium than just superheroes.

Batwing #1: This is the closest thing to a miss that I read this week. Batman is providing equipment and supplies to Batwing to help combat crime and corruption in Africa. The simplicity of its premise is also its downfall. Batwing is almost hidden by the shadow of Batman (who even shows up, pretty unnecessarily, in the issue). Writer Judd Winick has some serious work to do to make sure Batwing is bringing something new to the table, so that the character isn’t just pigeon-holed as the knock-off Batman. Unfortunately, I didn’t really see much of that in the first issue. The book does feature some beautiful painted-looking artwork by Ben Oliver, which was a highlight for me.  There was also a nice cliffhanger at the end that may get me to pick up the next issue, but unless something changes, I probably won’t stick around past that. 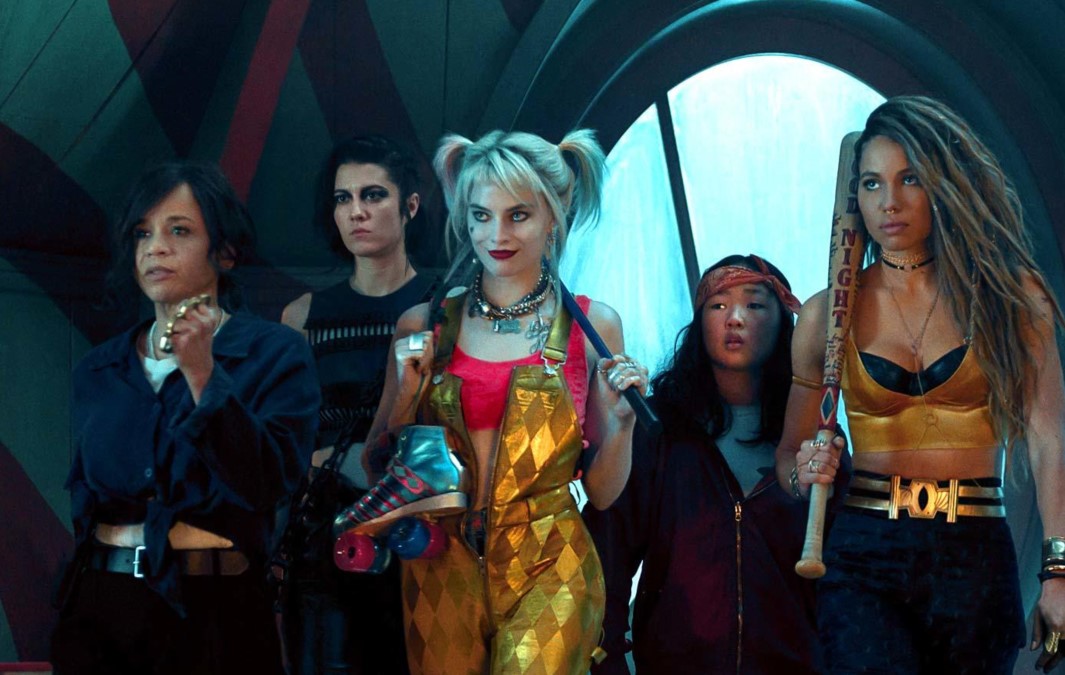 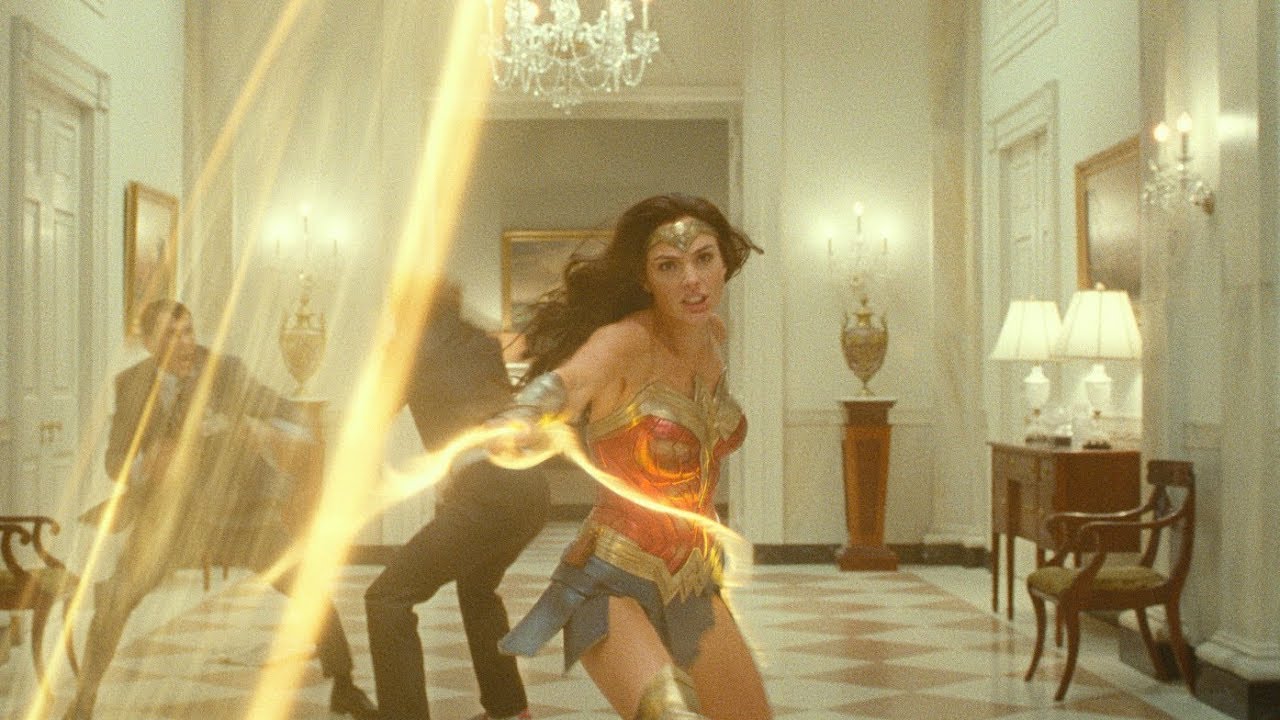 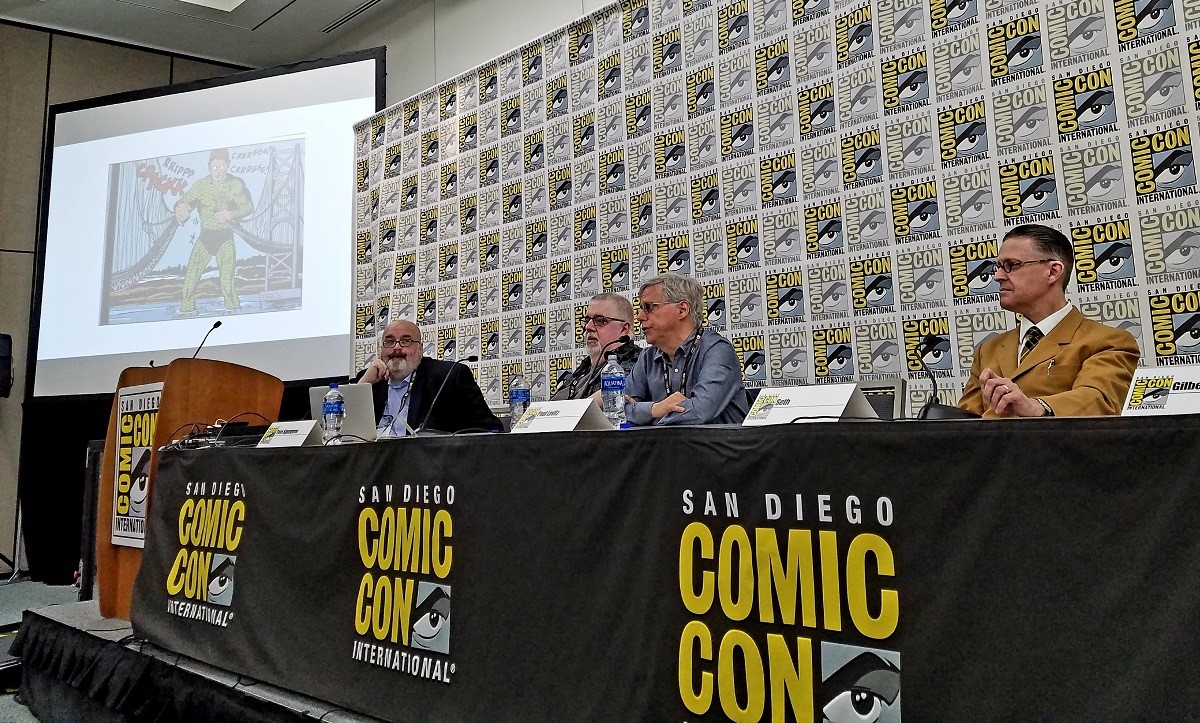